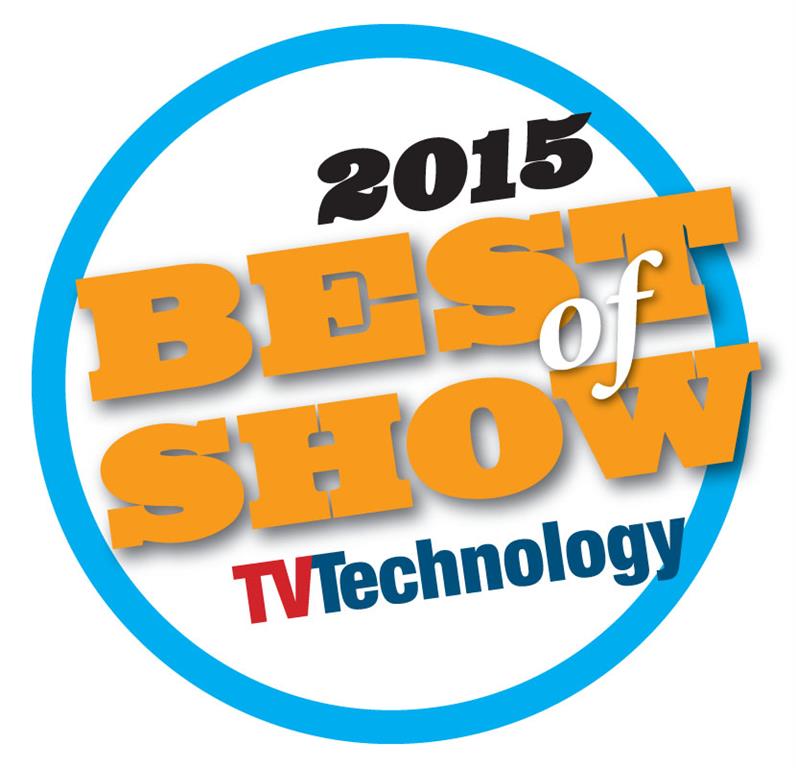 AJT Systems is proud to announce that the 3rd Generation LiveBook GFX™, which debuted at NAB 2015, was the recipient of one of the industry’s most prestigious technology honors, NewBay Media’s Best of Show Award, presented at the 2015 NAB Show in Las Vegas by TV Technology.

NewBay Media’s Best of Show Awards are evaluated by a panel of engineers and industry experts, and are selected based on innovation, feature set, cost efficiency and performance in serving the industry.

The Best of Show judge for TV Technology stated the LiveBook GFX™ was granted the award because, “[it is] an excellent, low cost sports graphics system on a laptop, priced so even a large High School could afford it.”

Winners receive an award for display and will be featured in TV Technology, the digital television authority, serving the broadcast, cable, production, post production, business and new media markets.

“We are honored to be awarded Best of Show at NAB 2015 alongside Broadcast Industry leaders and their cutting edge products,” said Ron Linares, AJT Systems’ President. “Our LiveBook GFX™ was designed to address the current and future demands of sports graphics production, we are happy our innovative efforts have been recognized.”

The 3rd Generation LiveBook GFX™ released at NAB 2015 was demonstrated with a variety of SportApps™, including Basketball w/ Statistics Plug-In, Soccer, and Football. Integration with the Tricaster via IP and StatCrew game data were on display during the live demonstrations. AJT worked closely with Newtek to develop the iVGA feature – which allows broadcasters to save two camera inputs on their NewTek switchers. And the Statistics interface is the first of its kind in the industry. It allows users to watch data update live within the SportApp and queue up stats that can be populated during the game as data is introduced. And the revolutionary “Refresh” feature assures operators are always taking the most up to date stats to air.

Additional new features released at NAB 2015 include a Go-To-Break graphic, Clock-DVE, Sport-Specific Remote SportApp™ capabilities, and a customizable generic scorebug for broadcasting a multitude of sports.

This recognition once again proves AJT Systems’ has the best scorebug solutions!