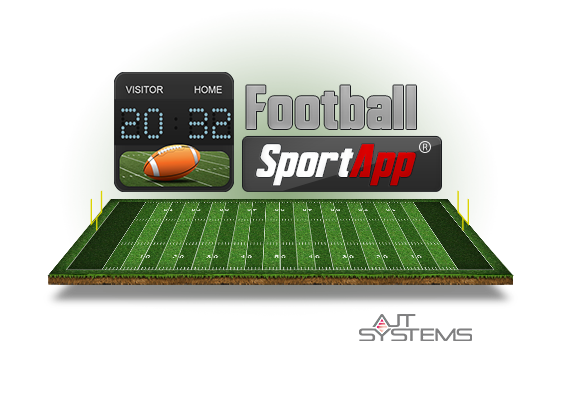 (SVG Sports Tech Journal – Fall 2015) AJT Systems™ unveiled their Football SportApp™ at NAB 2015, where it was well received by a variety broadcasters ranging from Division III Colleges to major sports networks. Having since released their award-winning LiveBook GFX™ system for football into production ahead of the season, they are seeing an impressive response to this new offering. In fact, you’re certain to see their football scorebug graphics this season on a variety of platforms, including ESPN3 and the American Sports Network.

The LiveBook GFX™, awarded TV Technology’s Best of Show at NAB 2015, is a portable, production-ready scorebug system with a stunning user interface and unique features such as a preview channel and on-air monitoring with smart zoom (Patent Pending), promoting an intuitive workflow and offering compelling Score Bug graphics.

With over 15 years in the industry, AJT Systems is a leader and innovator in the broadcast graphics industry. Their new SportApp™ software suite supports basketball, football, soccer, and includes a customizable generic scorebug for broadcasting a multitude of sports. Hockey, Baseball/Softball, and Curling SportApps™ are in development along with an exciting line up of new features including manual stats and social media integration. For more information, please visit: www.ajtsystems.com