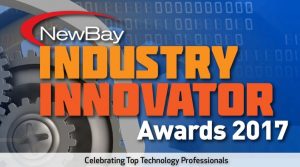 (TV Technology – September 2017)  We believe Ron’s innovation in live-to-air broadcast graphics technology has had an incredible influence on the broadcast industry. His ability to envision and create a powerful real-time renderer that can satisfy the needs of industry giants like ESPN but still be in the price range of universities has led to new products and market strategies that have shaped the entire industry.

As founder and President of AJT Systems, Ron Linares brings 20 years of experience in video, live-to-air broadcast graphics and technology. Under Ron’s leadership AJT has developed category leading products for live sports production with thousands of graphic playout systems deployed worldwide. Most notable is Ron’s collaboration with ESPN, utilizing AJT technology for many critical and award winning productions across its properties including ESPN’s Bottomline, Sportscenter, College Bowl Championship, ESPN NFL Draft, XGames, Monday Night Football, Around the Horn, and many other ESPN productions over the course of a 20 year partnership. Ron also led the expansion of AJT technology to drive a large installed base of digital signage for sports venues and master control branding for OEM customers.

Ron’s deep immersion and understanding of the broadcast industry, especially the sports broadcast industry, allowed him to be the first to address the pressing issues of the sports graphics world: production environments were cramped, the cost of production was being pushed down due industry changes, and graphics systems were difficult to use – requiring expensive (and often difficult to find) specialized operators.

The LiveBook GFX directly addressed these pressing issues. The lap top configuration made the system easy to fit in a cramped production environment, and furthermore allowed for easy and cost effective transport from one venue to another. The laptop configuration also made this system much more affordable than the expensive rackmount based live-to-air broadcast graphics solutions, opening up the world of professional graphics to production tiers who could normally not afford such equipment. AJT has expanded on this by introducing new LiveBook tiers at NAB 2017, which start as low as just $5K for the LiveBook LE- making this the MOST cost effective way to go to air with high end graphics for ESPN3 and other OTT network graphics.

Lastly, the SportApp playout software is sport-specific and specially designed and built to be highly intuitive. The UI design boasts unparalleled ease-of-use, with universities reporting their students can be self-trained in as little as 15 minutes.

These factors have been a game-changer for sports broadcasters and are among the reasons we feel Mr. Ron Linares is highly deserving of this Industry Innovator Award.